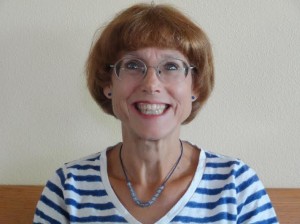 “God has blessed me with ‘a song in my heart’.  This web site comes from my desire to share those songs with others.”

Pamela Sortomme grew up in a musical family of seven children.  Her mother, a choir director, piano and music teacher, was a great influence.  Pamela began singing and performing with her twin sister and family at the age of 3.

She studied piano, was involved with school and church choirs and performed with her twin sister, often singing originals songs they wrote together. She also played percussion in school bands and continued in college.   She performed in college choirs, at Disney Land, and was a member of BYU Cougar Marching Band.  She was a voice major and also studied music composition.

Married now with seven children, she has written numerous songs for children, church, and choirs.   She volunteered for years playing her guitar and singing in many of her children’s classrooms and for special needs classes.  She composed and recorded music for young children and  including “Learning Through Music” an early learning program published by Sunshine Music.  She wrote a song for the grade school reading program which was learned and performed by the whole school. She accompanied a high school men’s choir for five years and wrote music for them and also other choirs which were performed in their concerts.

She was able to also attend clinics with the choirs and continued learning from classical, choral, and jazz musicians. She has directed children’s music and church choirs for years often using her own compositions.  She taught voice and piano lessons and has also written music for her students and recitals. She owns tone chimes and uses them with choirs and a group of ringers several times a year.  She has begun to incorporate the chimes in some of her choir music.